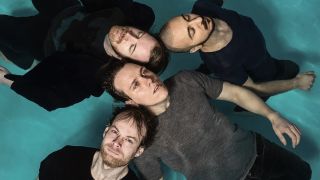 Following their slot at Ramblin’ Man Fair last weekend, Copenhagen’s VOLA are delighted to announce that they will be hitting the road for their first European headline tour in September. They be joined by Arch Echo and Rendezvous Point as support.

Vocalist/guitarist Asger Mygind says: “It is with tremendous pleasure that we are returning to the UK in September as part of our headline run for Applause Of A Distant Crowd. We first played the UK in 2016 as support for Katatonia and have been stable visitors ever since.

“For this tour, we are looking forward to playing the so far longest sets of our career. With us, we are bringing the American, progressive fusion act Arch Echo as well as Norwegian melodic prog metal band Rendezvous Point as special guests. See you in London, Manchester, Glasgow or Nottingham!”

The full European tour dates including UK dates are below. Tickets are available now.