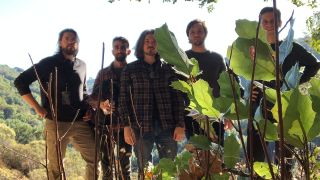 New Jersey-based prog quintet The Tea Club have released a brand new vide for If I Mean When. The song is taken from the band's acclaimed If/When album which was released last year.

"For me, this song is something of a lament," says guitarist Patrick McGowan." A lament in the old way and not without hope. There are times for lamenting and maybe this is one of them. But to lament does not mean to be without hope. I think this video captures some of that spirit."

Like every other band, The Tea Club have had all their current touring plans curtailed by the Coronavirus.

"We’re sad that the shows that we had planned won’t be happening. But we have some really cool stuff planned for you all. We’re taking this opportunity to throw ourselves into working on new music. We’ll be posting that on Patreon as we make progress. We’re also going to be streaming some virtual live performances. We’ll even be doing some video tutorials on how to play our songs. Take care of yourselves, love your neighbours, and we’ll see you all soon."