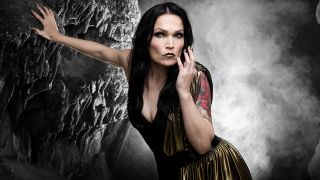 Tarja Turunen has announced that she’ll return to the UK next year for a run of three shows.

The former Nightwish star will play in London, Manchester and Glasgow in March 2020 in support of her new album In The Raw, which was released at the end of last month through earMUSIC.

Tarja says: “I am so excited to return to UK! Thank you for this opportunity. I will get a chance to rock the new songs from my album In The Raw together with you all.

“I am sure it will be awesome as it always has been in the past. Cannot wait!”

Tickets for the shows will go on general sale from 10am GMT tomorrow (September 20).

The follow-up to 2016’s The Shadow Self features a number of guest musicians, including Soilwork’s Björn “Speed” Strid and Lacuna Coil’s Cristina Scabbia and features the singles Dead Promises and Tears In Rain.

Tarja: In The Raw
Tarja Turunen returns with her first studio album since 2016's The Shadow Self. It features the lead single Dead Promises and includes guest appearances from artists including Cristina Scabbia.View Deal