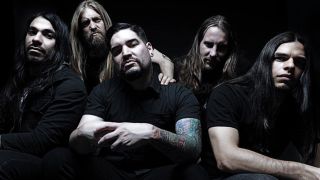 The band will hit the road with support from Caliban, with the dates following their current Straight Outta Hell worldwide tour with Despised Icon, Carnifex and Oceano.

Part of the tour sees Suicide Silence return to the UK for six shows – and frontman Eddie Hermida is looking forward to coming back to the country to play live again.

“The last time we were around, you guys brought it hard as fuck. Now it’s time to set the bar higher. Bring the fire.”

Suicide Silence’s last studio album was 2014’s You Can’t Stop Me and they issued the six-track EP Sacred Words in October last year.

The band are expected to launch a new full-length album early next year via Nuclear Blast, with Hermida previously reporting he was keen to bring in hip hop artist Aaron Dontez Yates, aka Tech N9ne.

He said: “He’s an incredible rapper, but, more than anything, I think he’s a really good musician. I think it’d be really cool to have him not just do a rapping part but maybe write a keyboard part, or come in and help us write and maybe help produce a song.”