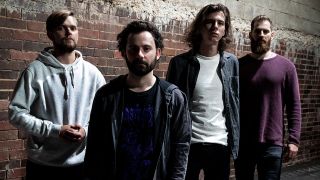 Two of Australia's hottest young progressive bands have joined forces for a co-headline Australian tour. Brisbane's Opus Of A Machine and Sydney's melodic proggers Glass Ocean will hit the road at the end of November.

"We couldn't be more excited to be showing off the next evolution of our sound and live show for these three nights," Opus drummer Trevor Gee tells Prog. "Alex has brought with him a vibrant new energy that we're carrying into our new music, and on top of that to be bringing back some old favourites from the first era of the band feels great!"

The new tour will see the debut of new Opus bassist Alex Nisirou, who replaced Dale Prinsse (now with Caligula's Horse) earlier this year. Opus Of A Machine are currently working on the follow up to 2018's Stray Fire and will be airing new songs on the tour.

Sydney's Glass Ocean have spent the last two years working on their debut album with producer Chris Blancato (Northlane) which is due out in 2020. They too will be previewing brand new material on the tour.

"Upon finishing our album we are so excited to stretch our legs and share these songs with everybody," singer Tobias Atkins tells Prog. "Touring with Opus of A Machine has been a pipe dream for a while and now we finally get to do it. Expect high energy from both bands as we take our performance and music to a new and exciting place”.