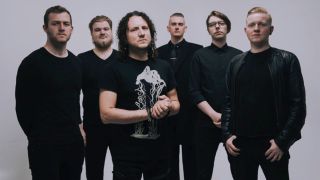 New UK prog rockers Novena have released a new video for Sun Dance. The track is taken from the London-based sextet's forthcoming new album Eleventh Hour, which will be released through Frontiers Records on March 6.

"[It's] the product of a close collaboration with The Cathy Waller Dance Company and filmmaker Neil Monaghan, it is a passionate, dynamic and intense piece of contemporary dance, at once romantic as it is violent, telling the story of two colossal forces intertwined in a battle of wills," the band tell Prog.

The band have also announced an album launch show at London's Nambucca venue for April 3. They will be joined by support bands Shattered Skies, Tiberius, Ihlo and Azure. Doors open at 7pm (with a 2.30am curfew) and tickets are priced at just #10. Tickets are available here.