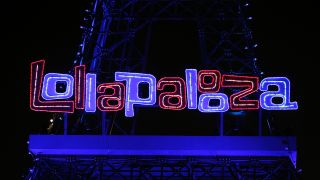 With this year’s Lollapalooza off due to the pandemic, organisers are taking the festival online for four days of archive sets, original live performances and more.

Lolla2020 will get under way later today (July 30) at 5pm CT (11pm BST) on YouTube and will continue at the same time on Friday, Saturday and Sunday.

Organisers say: “The four-night event will include more than 150 performances and appearances, featuring fan-favourite sets from previous festivals, including international editions, original performances from artists all over the world, classic archival sets from some of the festival’s most popular headliners and a series of special late-night performances.

“In between the music, Lolla2020 will highlight causes important to the festival’s history, community and home of Chicago.”

The whole event will be free to watch on YouTube and you can set reminders so you don’t miss anything.

Merch can also be purchased through the official Lollapalooza online store.

Lolla2020 is also partnering with various charities for the event, including Michelle Obama’s When We All Vote, the Equal Justice Initiative and the Arts for Illinois Relief Fund.