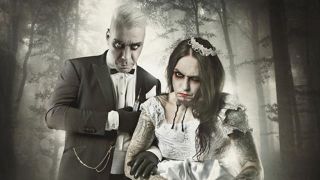 Lindemann – the new project led by Rammstein frontman Till Lindemann – have issued the first taste of their upcoming debut album.

Due in May, the record sees the singer – who announced the project on his 52nd birthday in January – team up with Swedish producer Peter Tagtgren, who also fronts death metal outfit Hypocrisy and his own project, Pain.

One of the few people to have heard Lindemann’s music up to this point is Raubtier singer Par Hulkoff.

He says on Facebook: “The small parts I heard really blew my mind! Keep your eyes open. This will echo in eternity.”

The project leaves the status of Rammstein up in the air, with guitarist Richard Kruspe hinting that his time with the band he formed in 1994 could be over.