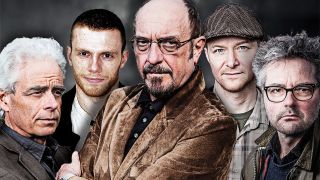 Ian Anderson and the Jethro Tull Band have announced an 11-date UK tour which will take place in 2020.

The Prog Years Tour will begin at The Waterside in Aylesbury on September 30 and wrap up at The Forum in Bath on October 13.

The tour will concentrate on Jethro Tull’s earlier material from albums including Stand Up, Benefit, Aqualung, Thick As A Brick and A Passion Play.

Anderson says: “Dusting off many older progressive songs amongst my earliest attempts to experiment outside the blues repertoire we began with has proved hugely enjoyable.

“Along the way, over the last 50 years, there have been a good few pieces that still strongly resonate with me today on either a musical or lyrical level. Hopefully both.

“Some are really tricky to play – some might sound that way but fall under the fingers quite naturally, although the overall arrangements require feats of memory! Test my marbles – come to the party!”

Tickets will go on general sale from 9am on November 6.

Anderson has also announced a separate tour titled Ian Anderson On Jethro Tull, which will see the Tull frontman appear at a number of smaller venues across the country.

The intimate evenings of chat and archive footage will see Anderson talking about his career, the history of Jethro Tull, while Anderson will also answer questions from the audience.

He'll will be joined onstage by guitarist Parish to play a few Tull songs.

Only three dates have so far been confirmed, with further shows to be added in due course. Tickets will go on sale at the end of November on a date still to be finalised. Find further details below.