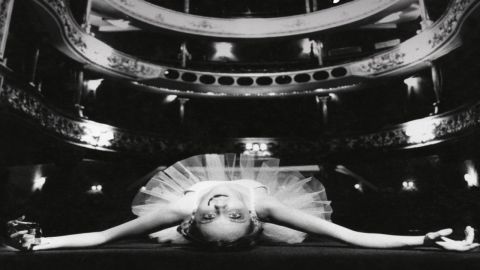 It says something about the wild and wiggy daze of 1973 that Jethro Tull followed Thick As A Brick – a satirical concept album that lampooned rock music’s emergent intellectual bent – with a real one. A Passion Play was designed, like Thick As A Brick, as a continuous piece split only by the need to turn over the vinyl LP; a heady jazz-folk-blues-metal jamboree that lurched madly through wildy differing styles and ideas, driving, at its heart, a story supposed to portray one poor departed soul’s journey through the afterlife.

It was supported by a tour that soon became as famous (or should that be infamous?) as the record itself, featuring dancing girls and a short film that played during the spoken word section, The Story Of The Hare Who Lost His Spectacles. Imagine pitching that one in a marketing meeting. Perhaps predictably, the path to making this off-kilter masterpiece did not run entirely smoothly. The initial sessions at the Château d’Hérouville which make up the second CD in this reissue, were re-christened the Chateau D’Isaster and scrapped, and when A Passion Play did come out, the record was traduced by British critics, affecting its UK sales – although not the US, where it went to No.1.

As with many of the grander conceits of the early 70s, the story of the record has become as good and as valid as the album itself, and that story is wonderfully retold through Steven Wilson’s remixes, which capture and brighten much of the wit in the music and arrangements, and an 80-page booklet detailing both the recording and the subsequent tour.

Viewed through the amber glow of hindsight, A Passion Play has a verve and an innocence that only music made in a more free-spirited time can have. They are manifested in the tremendous jazz-rock break in The Silver Cord, and Anderson’s sublime acoustic guitar playing on the stand-out The Foot Of Our Stairs. The Chateau sessions were not wasted either: they produced one of Tull’s greatest songs, Skating Away On The Thin Ice Of The New Day, a lovely version of which is here too.

Ian Anderson is far too clever to do anything as excessive and ambitious as A Passion Play without a nod and a wink, and it is his humour, along with his shimmering and brilliant musicianship, that tumbles back down the years towards us.