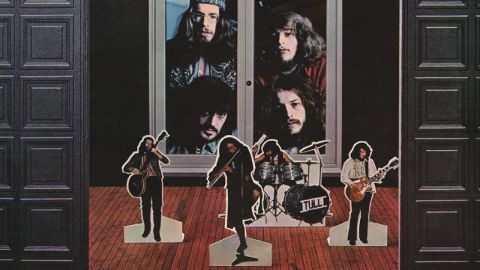 The difficult third album for Tull is expanded here into a double-CD package, plus an audio DVD, all bulging with new mixes but pretty light on the tantalising “previously unreleased material”. In hindsight, you can see 1970’s Benefit as something of a breathing space for for the band. Its illustrious predecessor Stand Up was a Number One album, while the monster-selling and concept-defining releases Aqualung and Thick As A Brick were waiting in the wings too.

And in truth, Benefit has worn not as well as that which went before in Tull world. Maybe it was the tiring exigencies of touring (30 weeks of Tull’s year were spent on the road in America), or Ian Anderson’s increasing wariness of the music industry, but Benefit simply lacks the joy of This Was and the musical muscle of Stand Up.

There seems to be consensus here: when you look at the various Jethro Tull anthologies over the years, this album is notably under-represented. Ian Anderson admitted that the album benefited from a more European perspective, thanks to that incessant trawling across the States, so the lyrics to its songs would be a welcome addition.

That said, there is enough here to savour from the original release. To Cry You A Song has some lustrous guitar from Martin Barre; Inside and Play In Time remain beguiling additions to the Tull canon. But as a whole Benefit lacks the idiosyncratic stamp which we associate with such a maverick outfit as Jethro Tull.

The 2001 reissue of the album contained four bonus tracks, three of which are duplicated here (only Just Trying To Be is missing). Catchy Singing All Day is quintessential Tull, while Sweet Dream, Teacher and The Witch’s Promise sweeps up the hit singles. The-hard-to-come-by 17 is a most welcome addition. This one sees Tull going proper prog, with hard riffs and Anderson’s flute pirouetting over prolonged guitar solos.

The rest of the package gathers together mono versions, remasters and different mixes of familiar titles. All of which might be of interest to the diehard Tull fan – but six versions of Teacher? Compared with the riches on recent Crimson, Pink Floyd and Procol Harum reissues, this Benefit leaves you wanting.