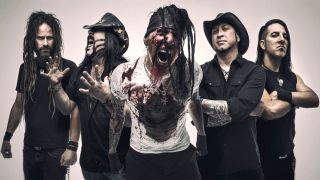 He and brother Vinnie Paul – Hellyeah’s drummer – recorded their own version of the song before Dimebag was shot dead on stage in 2004. The master was adapted for inclusion in the new performance, which appears on Hellyeah’s latest album Undeniable.

Guitarist Tom Maxwell recently said of the album: “It’s just an honest record, man. I think we just matured. We’re writing some of the most savage music – we’re digging deep and reinventing ourselves on some things.”

Vinnie Paul ready to return to city where Dimebag died