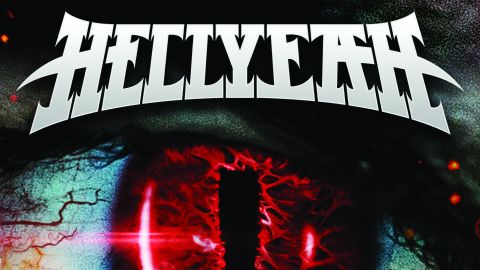 There are times here, on Hellyeah’s fifth album, when you wonder if someone has given them something calming.

_L_ove Falls is a power ballad, and Leap Of Faith has an insistent, addictive melody. So, have Vinnie Paul’s vile vagabonds decided to become a little more mainstream? Not a bit of it.

There might be a new lineup, featuring bassist Kyle Sanders and guitarist Christian Brady, but the balance between fearless, full-on bashing and more cerebral contemplation suggests that the band have become a little more mature. However, the overriding atmosphere here is still dark and forbidding, featuring songs run through with a frightening desperation. Scratch A Lie is a vitriolic attack on those who stab you in the back, while STARTARIOT offers a bloodthirsty rampage of revenge. The new boys fit in well. Brady and Tom Maxwell provide some incendiary dual guitar flamboyance, which gives Hellyeah an extra layer. It’s opened up new possibilities for the band. Adding a second guitarist has strengthened the sound, which is clear on the biting Blood Plague and the ominous Live Or Die. Undeniable is Hellyeah entering a new vibrant era, with drive, ambition and composure.