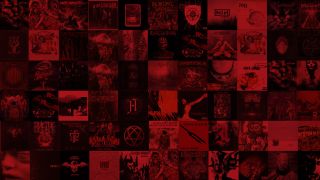 In the latest issue of Metal Hammer, we count down the 100 greatest albums of the 21st century and it has caused something of a debate amongst Hammer readers (let alone Hammer staff). And that’s why we thought we’d let YOU have your say on what the best album released since January 1, 2000 is.

We said the greatest album of the 21st century is Iowa by Slipknot, but you might not agree. You might think it was bested by Behemoth or Mastodon or Lamb Of God or Watain. You might have a passion for Nightwish or Carcass. You might think metal peaked with Hybrid Theory. And now is your chance to let us and the whole world know which record should be dubbed the greatest of the century.

Cast your vote in the poll below and we’ll reveal the results next week to find out what YOU think deserves the coveted title.

The new issue of Metal Hammer – celebrating the 100 greatest albums of the 21st century – is available here.