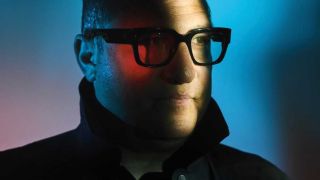 Afghan Whigs and The Twilight Singers frontman Greg Dulli has released a video for Pantomima, taken from his upcoming debut solo album, Random Desire. The album is released on February 21 on Royal Cream/BMG.

“The video is an homage to the movie All That Jazz,” says Dulli. “Pantomima feels like a show tune to me."

Random Desire was written and recorded at Dulli's home in Silver Lake, California, in the mountains above San Bernardino, in New Orleans and in Joshua Tree.

Musicians appearing on the album include Afghan Whigs’ guitarist Jon Skibic and drummer Jon Theodore (Queens of the Stone Age, The Mars Volta), although most of the music is played by Dulli himself.

Dulli has also announced a North American tour, which kicks off in Minneapolis on April 24, and climaxes a month later in Los Angeles. This is in addition to his already-announced European tour. Full dates below.

Greg Dulli, frontman of the legendary Afghan Whigs, releases his debut solo album, Random Desire. Dulli, who played most of the record's instrumentation, was inspired by 'the model of one-man-band visionaries Prince and Todd Rundgren'.View Deal