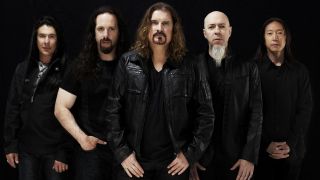 Dream Theater have released a behind-the-scenes video showing how their production partners brought latest album The Astonishing to life.

The band worked with Lucion Media to create the multi-screen visuals and animations that play a leading role in their stage show, which just completed a European run.

The Astonishing, released in January, has been described by Dream Theater as “a sonic story that is our most ambitious creative work to date.” They launch a North American tour next month.