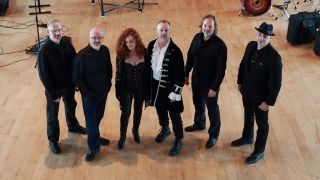 Circuline have released a video for the title track from their debut album titled Return with Prog.

It was filmed earlier this year at the Bearsville Theatre, New York, when the band opened for Glass Hammer. Additional footage was taken from their appearance at the Enigma Dance Hall in Milan, New York.

Vocalist and keyboardist Andrew Colyer says: “Return was the first song that drummer Darin Brannon, guitarist Bill Shannon and I wrote for the debut album.

“We spent a long time working out all of the different parts, whittling and editing until everyone was satisfied.”