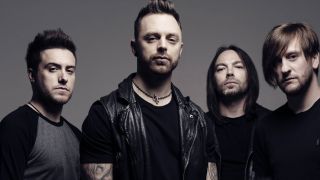 Bullet For My Valentine have extended their upcoming UK tour, with some dates featuring full performances of debut album The Poison.

They’d already confirmed a run of shows in November and December, to come after they record new material.

The tour now includes a total of 12 appearances, with six of those focused on their 2005 record.

Bullet For My Valentine’s most recent release was last year’s Venom, of which frontman Matt Tuck recently said: “The album is hands down the best thing we’ve ever done. To have that arsenal of weapons now and to be able to play these songs feels sick.”

Guitarist Michael Paget has said the band are only aiming to lay down a couple of tracks in the coming days, reporting: “It’s to keep momentum going, bring a bit more focus back and get ready for our winter tour, and just see what comes out.”

Bullet For My Valentine UK tour