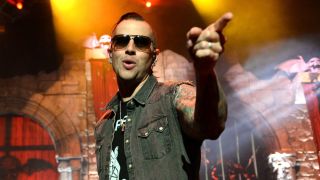 Avenged Sevenfold have announced an arena tour of the UK, with Disturbed and In Flames sharing the bill.

They’ll play eight dates together in January 2017, with tickets going on sale on July 29 (Friday) at 9am via Live Nation.

Avenged Sevenfold’s last release was 2013’s Hail To The King. The band have since been working on what will be their seventh album with new drummer Brooks Wackerman.

They said in January: “We expect to go into the studio very soon, and look forward to releasing our new album later this year.”