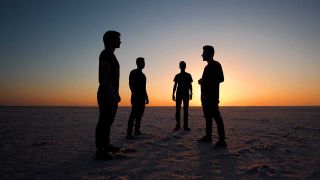 Hindi post rockers aswekeepsearching have premiered their video for brand new single Rooh. You can watch the promo in full below. It's the title track from the band's forthcoming new album which will be released on September 27.

"Rooh, which means soul, is a very personal album for us," frontmanUddipan Samah tells Prog. "Every track in this album has a story to tell, which is why i have more vocals than the past two albums.

"The music video for Rooh follows the journey of two characters - Aisha & Rishabh who believe they are destined for ever-lasting love. The story takes an unexpected turn when fate has other plans for one of the characters, and thus follows an ambivalent emotional conflict."