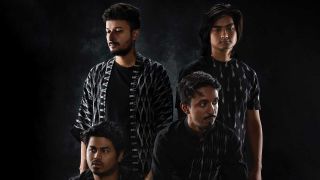 Hindi-language post rockers aswekeepsearching have announced they will release their new album, Rooh, on September 27.

Rooh, the band's third release, is a loose concept album centred on the idea of growth, a depiction of the band’s journey so far, depicted in tracks A Night In Zottegem, Gangtey and Eneke Najaaba, which describes the emotion of bidding goodbye to the sun as it sets.

Rooh, which has been produced by legendary Australian Forrster Savell, known for his work with Karnivool, Twelve Foot Ninja, COG and Dead Letter Circus, can be pre-ordered here.