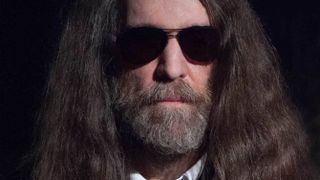 Trans-Siberian Orchestra founder Paul O’Neill has died at the age of 61.

The news was confirmed on the band’s Facebook page, saying his death was due to a “chronic illness.”

A statement reads: “The entire Trans-Siberian Orchestra family, past and present, is heartbroken to share the devastating news that Paul O’Neill has passed away from chronic illness.

“He was our friend and our leader – a truly creative spirit and an altruistic soul. This is a profound and indescribable loss for us all.

“We ask that you respect Paul’s family’s privacy now. We will make additional announcements shortly.”

They released Christmas Eve And Other Stories later that year – the first part of their ‘Christmas Trilogy’ rock opera which also featured 1998’s The Christmas Attic and 2004’s The Lost Christmas Eve.

Under O’Neill’s guidance, Trans-Siberian Orchestra have become one of the biggest touring acts in the world, known for their lavish stage productions and spectacular light shows. In 2009, Billboard ranked them as one of the Top 25 Touring Artists since 1999.

The band’s last album was 2015’s Letters From The Labyrinth.

Trans-Siberian Orchestra ready to take on the world