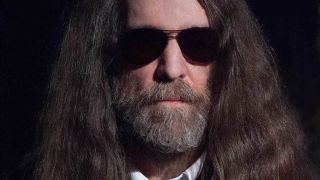 Paul O’Neill says that it was easy to persuade Halestorm’s Lzzy Hale to appear on the new album from Trans-Siberian Orchestra, Letters From The Labyrinth.

“Lzzy is actually a big TSO fan,” says the producer, manager and guiding light of the US act that moulds rock, prog, prog and metal into an arena-conquering package. “When our people contacted her people we were told she that still keeps a pair of jeans which had been signed by the entire band at a concert many, many moons ago.

“So she came in to record Forget About The Blame and, vocally speaking, proceeded to knock it right out of the ballpark,” he continues. “Lzzy so got what TSO is all about and she turned out to be a complete sweetheart of a person.”

O’Neill adds that TSO set out to create something slightly different from the norm with Letters From The Labyrinth, their previous five albums having been Christmas-related or, in the case of the 2009 double-set Night Castle – which featured a cameo from Greg Lake on a remake of Nutrocker – a rock opera.

“This time we wanted to tell individual stories,” explains O’Neill, who calls …Labyrinth the group’s “first hybrid album” for cross-pollinating those two styles. Though it tackles a variety of subjects such as the fall of the Berlin Wall (Prometheus), bullying (Not The Same), humanity’s journey through the ages (Time & Distance) and the global banking crash (Not Dead Yet), there’s also a very loose theme.

“We are asking the listener to look closer at the other person’s perspective, because often it will completely change their viewpoint,” he says. “Right now it’s easy to be angry with all that’s going on in Russia, but on this record we’ve a song called Prince Igor, which is based on the music of Rimsky-Korsakov. It’s about when Russia was invaded by the Mongol Hordes and [the nation’s people were] held in brutal captivity for centuries until eventually the oppressors were overthrown. That doesn’t give excuses for the behaviour of the current Russian regime, but it could lead to a possible understanding of why its leaders might be considered so paranoid.”

Letters From The Labyrinth was released last November in North America, where a bombastic stage show has seen them play to 12 million people and gross over $480 million since the band first hit the road back in 1999. It became available here in Europe on January 29.

To date, TSO have only ever performed a single UK concert, at London’s Hammersmith Apollo back in March 2011. Since then they’ve played for more a million fans at Berlin’s Brandenburg Gate on New Year’s Eve 2013, and then headlined last summer’s Wacken Festival in Germany, where almost 80,000 people saw them conduct a unique experiment involving Savatage, the Floridian power-metal group who preceded their birth. Both Savatage and TSO played simultaneously on identical stages set up next to one another but linked by a catwalk that allowed the interaction of four guitarists, four keyboard players, two drummers, two bassists, a string section, 24 vocalists and various dancers.

The group’s debut at Hammersmith was well received by the critics and attended by a sizeable crowd that included Doctor Brian May, and O’Neill reveals that plans for a return visit are currently being concocted.

“Oh absolutely, one hundred per cent,” he promises. “TSO’s biggest regret is that we started very late in Europe and have never toured there as much as we should. After what happened in Paris [the Bataclan massacre] I was recently asked whether TSO will ever play France again, and my reply was: ‘There’s no way that TSO won’t play France again’. The terrorists cannot be allowed to win, so we’ll be coming back sooner rather than later.”