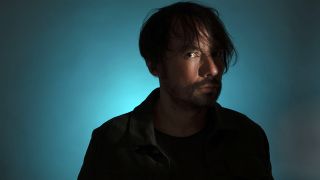 Bruce Soord has released a video for his new single All This Will Be Yours.

It’s the title track from The Pineapple Thief frontman’s upcoming solo album which will launch this coming Friday (October 25) through Kscope.

Soord revealed The Solitary Path Of A Convicted Man back in August from the follow-up to his 2015 self-titled debut solo outing.

Soord says: “This song was literally inspired by walking with my new-born daughter in my hometown of Yeovil. I love my hometown, but it's got its fair share of problems.

“I was taken by the contrast of this smiling soul staring up from her pram, surrounded by lost souls – drunks, addicts, the hopeless. Near me is a notorious drug den. No windows, no electricity, no running water. But nevertheless, it was a hive of activity.

As for the promo, Soord adds: “The video was created by George Laycock and produced by Blacktide Phonic/Visual who I’ve worked with previously.

“It was shot in London rather than Yeovil as a way of, hopefully, reflecting the universal themes of the song. Talking of the themes, they are not universally bleak. There is plenty to be worried about. But there really is plenty to be hopeful for as well.”

Along with the standard releases, All This Will Be Yours will be issued in a deluxe hardback book containing three discs.

Soord will play solo shows at Helmond’s De Cacaofabriek, Netherlands, on January 25, and at Eindhoven’s Prognosis Festival on March 20-21.

The Pineapple Thief, meanwhile, will play at HRH Prog at London’s O2 Shepherd’s Bush Empire on October 26 before making their live debut across North America throughout November and December.