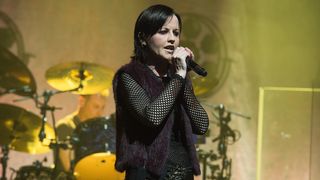 The Cranberries singer Dolores O’Riordan has died at the age of 46, it’s been announced.

The news was confirmed by her publicist (via RTE) who says: “The lead singer with the Irish band The Cranberries was in London for a short recording session. No further details are available at this time.

“Family members are devastated to hear the breaking news and have requested privacy at this very difficult time.”

The band’s first album Everybody Else Is Doing It, So Why Can’t We? in 1993 was an instant hit, producing the singles Dreams and Linger. But it was the 1994 follow-up No Need To Argue which catapulted the band to success thanks to tracks including I Can’t Be With You and Zombie.

The Cranberries went on hiatus in 2003 following the release of Wake Up And Smell The Coffee but returned in 2009, subsequently launching their comeback album Roses in 2012.

Their last release was 2017 acoustic album Something Else.

The Story Behind The Song: The Cranberries - Zombie