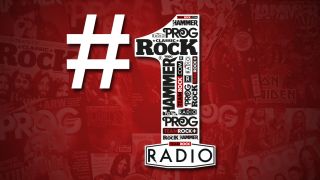 TeamRock has been named the most influential rock website in the world.

The figures were compiled by London-based website Style Of Sound, which collected its data from the total sum of Facebook, Twitter, Pinterest, Google+, and Linkedin shares generated from each sites’ overall editorial coverage from April 2016-2017.

And TeamRock – the home of Classic Rock, Metal Hammer, Prog and TeamRock Radio – came out top in the rock music category, top amongst UK music websites, and fifth out of 100 worldwide sites across all music genres.

TeamRock’s Editor In Chief Scott Rowley says: “What’s brilliant about this is that it’s based on what music fans share with each other – it’s real word-of-mouth. And it’s particularly satisfying for us because the websites were down for almost two months after the collapse of the old TeamRock company in December.

“Our sites talk to people who love and care about the music and we’ve worked hard on improving what we post on social – sharing videos, starting debate, breaking news – and avoiding clickbait as much as possible.”

He continues: “As the home of Classic Rock, Metal Hammer, Prog and more, the TeamRock sites are at the heart of the rock and metal community across the world, and one of the few places to treat the music we all love with respect.

“Thanks to everyone for their support through all of the turmoil over Christmas and for helping us grow since then.”

Facebook posts by TeamRock, Classic Rock, Metal Hammer and Prog reached a combined total of 34 million people over the last 28 days alone, while video posts on Facebook have been viewed by more than 46 million fans in the last year.

In addition, TeamRock Radio is once again establishing itself as the fresh alternative to traditional rock stations. The station relaunched last week and along with the Classic Rock Magazine Show, the Metal Hammer Magazine show and Prog Magazine Show – TeamRock Radio also features new listening experiences including artist-led slots where names from across the rock world curate their own playlists.

To listen, simply click ‘Listen’ on the top right corner of this website for the pop-up player, download the TeamRock Radio app on iTunes or Android to listen via TuneIn Radio. Select shows are also available on-demand via Mixcloud.

The station is online only right now, with app functionality to follow quickly. There are no plans to return to DAB radio.

The return of Classic Rock: "When you fall in the pit, they pick you back up"