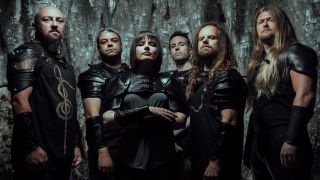 Pythia have unveiled their epic video for new single Hold Of Winter. It's taken from the symphonic metallers' fourth album The Solace Of Ancient Earth, which came out earlier in 2019. It's been mixed by Jacob Hansen (The Black Dahlia Murder, Volbeat)

Pythia were formed by Mediaeval Baebes singer Emily Ovenden in 2007. She left in 2015 and was replaced by Sophie Dorman.

Catch the band live on December 13 at The Macbeth Of Hoxton in London.

Check out the video below: