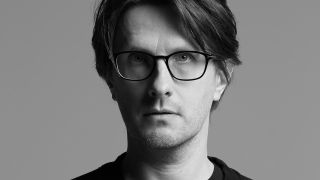 Steven Wilson has been forced to cancel his planned UK and European tour dates.

Wilson was due to play throughout September, but with restrictions surrounding mass gatherings still in place, the shows will no longer go ahead.

Wilson says: “Due to the continued restrictions on public gatherings and in the interests of the safety and health of concertgoers, band, crew and everyone involved in putting on a live show, it is with great reluctance that I am forced to cancel the September 2020 live events I had previously announced.

“It would have been perhaps strange to have done these shows so far in advance of the delayed release of The Future Bites album anyway, but although the cancellation of these shows is not unexpected, it still comes as a great disappointment to me. I will have a further update on my live plans for you all very soon.”

It was announced in April that the release of Wilson’s new studio album The Future Bites was being pushed back to January 29, 2021. It was originally scheduled to launch on June 12 this year.

Wilson explained: “As with many of my albums, The Future Bites is not just about the music, it's a high concept project which involves design, artwork, video and a tour production, all on a grander scale than anything I've attempted before.

“However, due to the pandemic, there are unprecedented challenges, ranging from manufacturing issues – particularly in relation to the elaborate deluxe edition – and the uncertainty facing record stores as coronavirus forces them to close their doors, to being unable to shoot most of the video material I planned.

“It's therefore with a very heavy heart that I reluctantly need to postpone the release of The Future Bites until such time everything can happen as intended. This will now be January next year, with new music and video starting to be issued again around October.”

Wilson debuted the track Personal Shopper from the album in March.