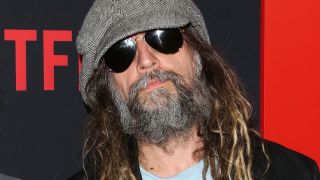 Rob Zombie has released the first trailer for his upcoming horror flick 3 From Hell.

The film is the third and final part of Zombie’s trilogy that began with House Of 1000 Corpses in 2001 and continued with the 2004 movie The Devil’s Rejects.

Zombie has uploaded the clip to his Instagram account with the caption: "Finally it's here! Your first official look at 3 From Hell! Please feel free to share it with everyone!”

The vocalist and filmmaker checked in back in January to say that work on the film was almost complete and reported it was “fucking awesome.”

It’ll be released later this year on a date still to be confirmed.

Meanwhile, Zombie and Marilyn Manson will head out on the road together this summer on the Twins Of Evil: Hell Never Dies North American tour.