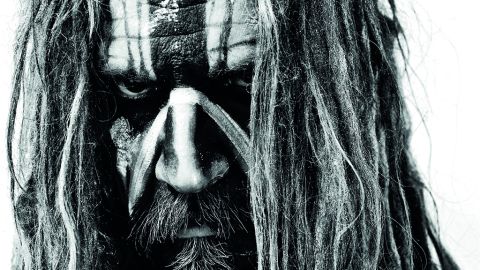 What is there left to say about Rob Zombie that hasn’t already been said a million times?

If you’re expecting a review of a new Zombie album that references his influence on folk metal or wonders aloud at the beautiful and complex prog time signatures therein, then you’re barking up the wrong tree. In the wrong field. On the wrong planet.

This is yet another album built upon Rob’s usual schlocky mixture of Ramones song structures played through throbbing industrialised metal guitars, providing the backdrop to lyrics about Mars, werewolves, Satan, witches, vampires, ray-guns and stoners. It’s a mix that has proved, for the most part, reliable over the years. Certainly there’s no one else is doing anything even vaguely comparable, especially in the often faceless metal landscape of 2016, and it’s made Mr Zombie one of the biggest stars in our world. Despite all this, though, there’s a sneaking suspicion that he’s never made a solo record to top his 1998 debut, Hellbilly Deluxe. Whether by adding or subtracting from that album’s formula, nothing has quite hit the bullseye in the way Dragula or Living Dead Girl did. So, it’s fair to say, TEWAWSOCD (as it shall be known) is a bit of a triumph.

Because, frankly, if you are going to be a Rob Zombie album then you had better be ridiculous, and the man has never sounded as kitchen-sink bonkers as he does here. From the Mechanical Animals-era Marilyn Manson-style intro stomp of 90-second opening track The Last Of The Demons Defeated, where Rob belches out the album’s title over and over, to the closing horror-piano tinkle of Wurdalak this is a psychedelic, 3D acid trip put to music. And, yes, many of the same tricks are repeated more than a few times throughout, both The Life And Times Of A Teenage Rock God and In The Bone Pile amounting to little more than one big, half-time riff being played over Rob grunting a massive chorus with some synths and movie quote samples thrown in for good measure. Both are similar, both will have you singing along halfway through the first listen. Job done. If you don’t like the sound of that then you probably just don’t like Rob Zombie. After all, this is what he does.

To give the man his credit, there is enough in the way of difference in pacing, such as the Primus-go-bluegrass twang of Well, Everybody’s Fucking In A U.F.O., and in sonic curveballs, the 60s, San Francisco Hammond organ bop
of in The Hideous Exhibitions Of A Dedicated Gore Whore being the best example, to keep TEWAWSOCD continually interesting.

The biggest compliment you can pay here, though, is that album highlight, the Misfits-go-electro stoner groove of Get Your Boots On! That’s The End Of Rock And Roll, could stand up to the very best of those early, iconic Zombie-penned anthems. This still might not quite be the record that makes everyone forget about Hellbilly Deluxe, but it certainly matches it punch for punch. And, after all the millions of things written about Rob Zombie, that’s something that hasn’t been said for a while.

THIS FAR INTO YOUR CAREER, HAVE YOU FOUND A FORMULA FOR RECORDING?

“No, I don’t think so. There are a few bands, Slayer, Motörhead and The Ramones, that have that ‘If it ain’t broke, don’t fix it’ attitude. I don’t think I have that. I might have a recognisable vocal sound, but as far as the music, it’s more ‘Let’s bust it into a million pieces.’ There’s nothing worse than putting a record on, even if it’s good, and feeling that there’s nothing new there. So we try and think of what we haven’t done and bring it in.”

WHICH, ON THIS ALBUM, WOULD BE WHAT?

“The biggest difference was the amount of time it took to make it. Usually you book a studio for eight weeks. This time I booked the studio in my house. So we work, go off on tour, come back and work until we get bored of it and go off on tour again. Recording in one big block, you get to the seventh song and it’s like, ‘Fuck man! I’m running out of ideas here!’ So …Fucking In A UFO sounds nothing like Wurdalak because they were written six months apart. You get to live with it all longer, so we can go, ‘Oh, I don’t need that third chorus’ or ‘Nah, that intro is too long.”

WHAT’S MORE FUN, WRITING THE MUSIC OR COMING UP WITH THE SONGTITLES?

“Well, yeah, I just like to come up with something where you go ‘I’ve never heard that before!’ There are so many songs and albums that have the same title. I just don’t know why you’d use the same title as something that’s already been used. It’s just a great way to make a statement.”