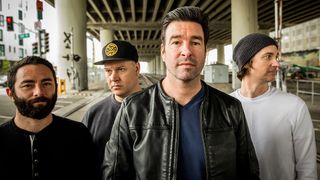 Will Haven have made a stream of their brand new album Muerte available exclusively for Metal Hammer readers.

The follow-up to 2015’s Open The Mind To Discomfort will officially be released on Friday (March 23) via Minus Head Records, but you can listen to all 11 tracks right now.

Guitarist Jeff Irwin says: “All said and done, we spent two years on this record. We had more time than ever to fine tune the music.

“We really benefited from that. We’re also more in tune with who we are. It’s the first time I walked away going, ‘There’s nothing else I could’ve done to make this better.’”

Muerte is available for pre-order. Find the cover art, tracklist and album stream below, along with Will Haven’s upcoming live dates.