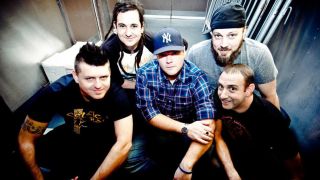 Less Than Jake have announced an eight-date UK tour.

They’ll return to the country in October and will be joined by he Skints, Mariachi El Bronx, Kemuri and The Bennies.

Less Than Jake drummer Vinnie Fiorello says: “We absolutely can’t wait to come back to the UK shores for what will feel like one huge party every night, night after night.”

The tour announcement comes just a few weeks after the band released Live At Astoria which was recorded at the London venue during the band’s three-night run in 2001.