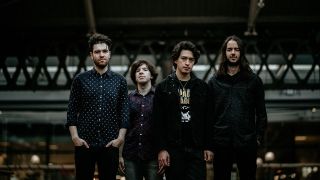 UK prog rockers have premiered their latest video for their brand new single Phosphene with Prog. The song is taken from the band's upcoming album Celexa Dreams, which will be released on new label White Star Records on June 19.

“‘Phosphene is a very personal song to me," mainman Adam Warne tells Prog. “It was actually written directly in response to our debut album, Synaesthesia. I wrote the lyrics on that album about someone who had negatively affected my life in a significant way at that point. I fell out of contact with that individual, but many years later, re-established contact after realising how pointless it was to hold onto grudges. It’s all just teenage drama at the end of the day. We mature, we gain experiences and learn how to cope with certain situations as we grow older.”

You can watch the video for Phosphene in full below.