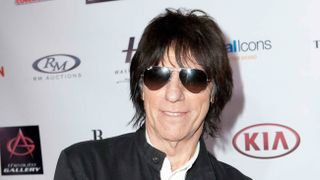 Jeff Beck has announced a string of summer dates to add to his previously announced Hollywood Bowl gig.

Beck previously revealed he would celebrate the 50th anniversary of his life in the music business with an August 10 show at the iconic Los Angeles venue, where he will be supported by Buddy Guy.

Now he’s revealed 11 further shows, with Guy onboard for most of the dates apart from July 22 in Mashantucket, Connecticut, and July 24 in Bethlehem, Pennsylvania.

When he announced the Hollywood Bowl gig, Beck said: “Sharing the stage and this moment with Buddy is a dream for me. His live concerts are legendary and the music world would be a very boring place without his influence.”