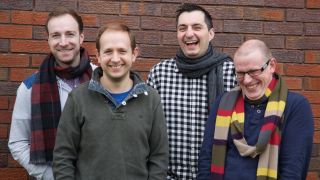 (Image credit: I Am The Manic Whale)

Young British prog rockers I Am The Manic Whale and EleKtriK have been added to the Prog The Forest bill at Camden's Fiddler's Elbow on July 4 next year.

The event raises money for the World Land Trust, who are helping restore forests that have been lost to deforestation. Emperor Norton, The Far Meadow, The Gift and Chamber Music Box have already been announced.

“We’re very excited to welcome these two fine bands to the festival, joining already-announced bands The Far Meadow, The Gift, Emperor Norton, Chamber Music Box and the festival co-organisers Hat’s Off Gentlemen It’s Adequate (who have just appeared to great acclaim at the HRH Prog festival)," the organisers tell Prog. "With such an impressive line-up we’re hoping to raise a significant sum for our charity, the World Land Trust, which buys up parcels of vulnerable rainforest, protecting wildlife, fighting climate change, and sustainably supporting local populations.”