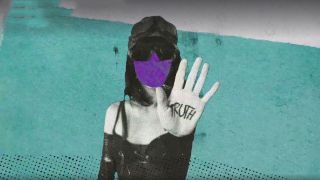 Green Day have released a lyric video for the title track of upcoming album Revolution Radio.

It’s to be released on October 7 and it’s available for pre-order now, with a world tour commencing in North America later this month.

Frontman Billie Joe Armstrong recently admitted that, after a four-year break brought on by stress and addiction issues, he’d learned the hard way that there’s no point working for the sake of working.

He said last week: “Sometimes when you’re home by yourself, there’s that feeling that you’re kind of spiritually unemployed and you’re trying to figure out who you are.

“It’s about going, ‘What’s the most honest thing I can say about myself right now?’ That’s sort of what the record is about.”

The band released Bang Bang, the first single from Revolution Radio, last month. Armstrong reported he’d been “freaked out” by the concept of writing the song from the perspective of a person who commits a mass shooting.