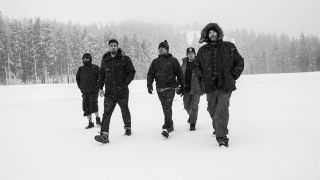 Deftones have announced that they are to release their own beer.

They’ve teamed up with San Diego brewery Belching Beaver to create their own Phantom Bride beer, which is named after their track featuring Alice In Chains mainman Jerry Cantrell. It appeared on the band’s eighth studio album Gore, which launched in April.

Phantom Bride will be released from October 3.

Last month, Deftones frontman Chino Moreno reflected on the “great vibes” during lost Eros sessions, while the band will resume their tour in support of Gore next month with an appearance at Knotfest Mexico.

TeamRock said the album was a piece of work “that seamlessly melds fragility and brutality into one cohesive organism, exposes itself and seduces the listener more and more with each repeated listen and is so utterly recognisable as the work of its creators that it couldn’t be anyone else.”