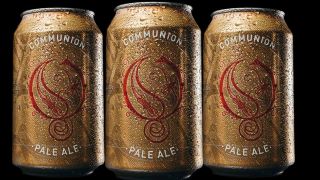 Opeth will launch their second beer later this month, following the success of their XXV Anniversary Imperial Stout last year.

Communion Pale Ale made with British malt and US hops by the Northern Monk Brew Company in Leeds, who describe it as containing “pine, spice and punchy citrus.”

Guitarist Fredrik Akesson will attend the launch event at the brewery’s taproom on April 22, delivering a DJ set while the beer is introduced.

He says: “The best drink in the world has now surprisingly got even better. I look forward to seeing you at the party and I’m looking forward to spinning some tunes.”

Communion Pale Ale – named after Opeth’s 11th album Pale Communion – will initially be available in the UK only, but it’s set to be distributed elsewhere in the coming months. It will be on sale via the Northern Monk website.