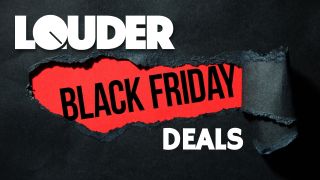 Even though Black Friday and Cyber Monday are fast approaching, the deals and discounts have already started rolling in.

Whether you’re after a set of wireless headphones, a pair of Apple AirPods Pro, a new turntable, a few additions to your vinyl collection, an instrument or even bluetooth speakers, there’s a load of money to be saved right now.

And O2 have also now dropped in on the early deals – and have slashed hundreds of pounds from phones, tablets and accessories.

There’s also savings to be made on accessories including the FitBit Charge 3 and Samsung Galaxy Watch.

These deals will run until December 4 and you can check out a selection of the hottest offers below, while there are more deals on phones for music fans right here.

iPhone XR 64GB: Was £629, NOW £329
This discount on O2’s Device Plan will save you £300 on this 64GB iPhone XR. Sleek and stylish, you’ll also be able to carry your favourite tunes with you wherever you go.View Deal

Apple iPad Pro 12.9 inch: Save £400
There’s a £400 saving to be had on this Apple iPad Pro. Boasting a 12.9-inch screen, it features a liquid retina screen which results in a sharp and colourful display.View Deal

Samsung Galaxy Watch
There’s a saving of £100 on this stylish smart watch, which doesn’t need to be connected with your phone. Play music through Spotify, keep track of your activity and more. Available in rose gold, midnight black and silver.View Deal