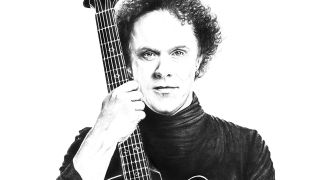 The new release is titled Monochrome/Colour and comes with two newly recorded acoustic versions of The Exorcist and The Silent Flight Of The Raven Winged Hours, along with the brand new tracks Found and Scandinavia.

Cavanagh says: “The album has a late night, candlelit feeling, evoking the light of dusk as the summer sun sinks below the horizon, setting the scene for thoughts and meditations that many people will relate to.

“A lot of this material could easily have made it on to the last Anathema album or any future album – that's how highly the band rate it.

“There are several highlights: The Exorcist and The Silent Flight Of The Raven Winged Hours are among some of my best works of the last decade. Taking them from the band was not an easy decision but I am glad. They're so personal as to not need more input.”

Monochrome/Colour is now available to purchase, with details available below.

Anathema will head out on tour across Europe throughout March, with their first show taking place in Glasgow on March 6.