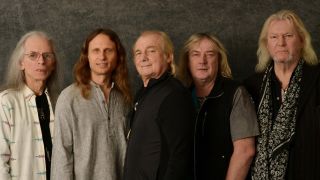 Yes have confirmed nine UK dates as part of a 2016 European tour, on which they’ll perform their albums Fragile and Drama in full.

Drummer Alan White said: “Drama’s a great album – we decided it’s long past due to bring its life and energy back to the forefront. We think the fans will love hearing Fragile and Drama in their entirety, and we certainly look forward to performing them.”

Further dates remain to be announced. Bassist Chris Squire is currently off the road while undergoing treatment for cancer, with former member Billy Sherwood taking his place.