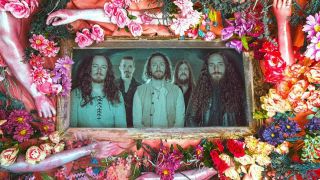 Progressive metal outfit Wilderun have released a lyric video for their new single The Tyranny Of Imagination.

The track has been taken from the Boston-based band’s upcoming studio album Veil Of Imagination, which will arrive on November 1.

Vocalist and multi-instrumentalist Evan Berry says: “The album as a whole has a lot of peaks and valleys through light and darkness, and The Tyranny Of Imagination is probably the deepest valley.

“Whereas our previous single Far From Where Dreams Unfurl explored brighter, melodic territories, we wanted this song to focus more on guitar work, atmosphere, and the darker textures of the orchestra.”

Berry adds: “Lyrically, this song is a sort of submission to the power and oppression of an overactive mind. Up until this point on the album, the 'main character' has been battling his own inability to live in the real world, attempting to find ways to perceive reality as it truly is.

“This is a song of defeat, and of going inward to the point of no return.”

Veil Of Imagination is Wilderun’s follow-up to  2015's Sleep At The Edge Of The Earth, with their sound described as blending “progressive metal, folk and orchestral music.”

Berry, Dan Müller, Jon Teachey, Joe Gettler and Wayne Ingram will head out on tour across the US in November in support of Veil Of Imagination, which is now available to pre-order via Bandcamp.