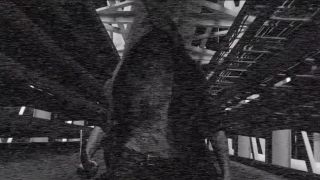 Sinsaenum have teased their upcoming video for the track Spendor And Agony.

The full promo will be released on July 13 – but the Joey Jordison-led band have issued a grainy black and white trailer to whet fans’ appetite.

The former Slipknot drummer is joined in the lineup by Mayhem and Sunn O)))’s Attila Csihar, Daath and former Chimaira keyboardist Sean Zatorsky, Loudblast guitarist Stephane Buriez and Seth’s Heimoth on bass. Frederic Leclercq, who plays bass in Dragonforce, is on guitar.

Their debut album titled Echoes Of The Tortured will launch on July 29 via earMUSIC.

While the band don’t currently have any touring plans, Leclercq recently told Metal Hammer playing live was something they want to do at some point in the future.

He said: “There’s no rush. I want to do everything the same way I lived it as a kid. These bands I loved, I loved their albums, but I didn’t see them live for a long time and it didn’t bother me.

“I want people to digest the album – there’s a lot of information on there. Plus, we’re all busy – it’s difficult to get us all in a room. We rehearsed before doing the videos, and being in the same room, it was like, ‘Fucking hell.’”

Jordison is the cover star of the latest issue of Metal Hammer, out now in print and via TeamRock+.

Sinsaenum Echoes Of The Tortured tracklist