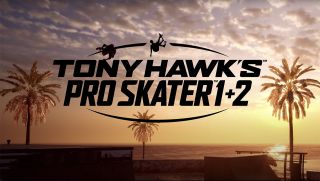 The much-loved Pro Skater 1 made its debut on the original PlayStation in 1999, with Pro Skater 2 arriving in 2000 and are widely regarded as the best skateboarding games ever created.

Both games will be released in a single package on PlayStation 4, Xbox One and PC on September 4 – and not only will they boast stunning 4K visuals, but the original soundtracks from both titles will remain intact.

The official launch trailer below features Dead Kennedys classic Police Truck, while some of the other artists crammed into the games were Primus, Suicidal Tendencies, Rage Against The Machine, Bad Religion, Unsane, Papa Roach, Fu Manchu, Anthrax & Public Enemy and Powerman 5000.

A full list for the remasters has yet to be released, but it’s possible that a couple of the songs may fall by the wayside due to copyright restrictions.

Along with revisiting some of the original games’ locations, players will also be able to tailor a range of options thanks to Create-A-Park and Create-A-Skater.