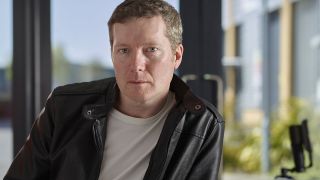 Tim Bowness has announced that his new solo studio album will be released later this year.

The follow-up to 2019’s Flowers At The Scene is titled Late Night Laments and it’ll launch on August 28 through InsideOut Music.

The record has been mixed by Bowness’ No-Man bandmate Steven Wilson and mastered by Calum Malcolm, with Bowness and Brian Hulse co-producing the nine track recording which is said bring together “electronic soundscapes, acoustic instrumentation and unexpected rhythms.”

A statement on Late Night Laments adds: “The emotionally charged and tightly focused album offers a collection of lush, atmospheric songs with a wide lyrical scope making it the most intimate yet universal of Bowness’ solo releases.”

Bowness is joined on the album by guest artists including Richard Barbieri, Colin Edwin, Kavus Torabi and Evan Carson, while the cover art has once again been created by Jarrod Gosling.

The first single from the album is scheduled to arrive in early July.

Late Night Laments will be released on CD, LP, as a limited edition 2CD digipak featuring five additional studio tracks, and on digital and streaming platforms.