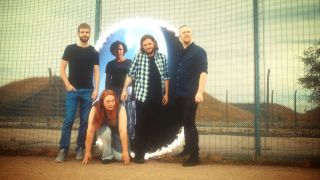 The Paradox Twin premiere the video for their brand new single Gravity Time Dilation with Prog. The track is taken from 2018's debut album The Importance Of Mr. Bedlam and marks the end of the sad and tragic story of the life of Mr and Mrs Bedlam, the two characters that lie at the focal point of the album’s ongoing narrative concept. It can be seen in full below.

"We tried out the new band line up at our recent shows and it went so well that it will now be our permanent line up for the future," Sorrell tells Prog. "The original core of myself, Lee and Diane has now been enhanced with the addition of Nicole, who adds a beautiful vocal dimension to our sound and Graham, who is just amazing. We are so looking forward to our forthcoming shows."

The Paradox Twin head out on tour with label mates The Room in November. They will play: