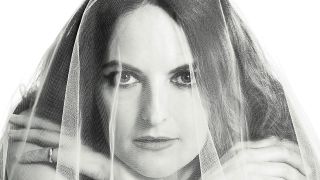 The Blackheart Orchestra have premiered their brand new video for Violet with Prog. The track is taken from the band's forthcoming new album Mesmeranto, which is out now on Esoteric Antenna.

Mesmeranto is a 60 minute piece of music split into 14 songs, rather like 14 chapters of a book or 14 scenes in a film. The plot is life and how we fear it, cherish it, cling to it and ultimately prepare for the end of it.

"It's the most intimate track on the album," singer Chrissy Mostyn tells Prog. "It is a song about the power that love has on us, leaving us feeling at the mercy of another and out of control particularly when that love is withdrawn. The video was shot at the historic Bechstein grand piano on location at Samlesbury Hall a beautiful 14th century Manor House in Lancashire."

The Blackheart Orchestra will support Hawkwind on their forthcoming 50th anniversary tour in November, culminating in a gig at London's Royal Albert Hall.