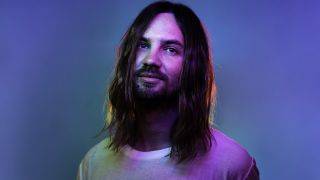 It’s the latest track from Kevin Parker’s upcoming studio album The Slow Rush, which is set to launch on February 14 through Fiction Records.

Lost In Yesterday follows Posthumous Forgiveness, It Might Be Time and Borderline from the follow-up to 2015’s Currents.

The new track is described as “a deep dive into the addictive nature of nostalgia propelled by loopy, driving disco. An examination of time’s distorting effect on memories.”

The statement adds: “On Lost In Yesterday, Parker realises that even the most disdainful times can take on a rosy tinge the further they recede in the rearview.

"Looking back can be a tough habit to break, but the track’s compulsive bassline, sprinkles of electronic stardust and chorus catharsis ensure the focus is firmly on the future.”

While Neil Krug’s cover art for The Slow Rush has been revealed, a full tracklist has still to be made available.

Tame Impala will head out on a North American tour from March and will return to the UK on May 23 for a headline show at London’s Tower Hamlets – part of the All Points East event which runs from May 22-31.

Tame Impala: The Slow Rush
Kevin Parker is back with Tame Impala's fourth studio album The Slow Rush. The follow-up to Currents will feature Borderlines, It Might Be Time, Posthumous Forgiveness and Lost In Yesterday.View Deal