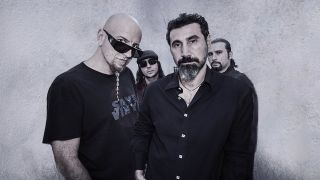 System Of A Down

System Of A Down have released two clips showing them in rehearsal sessions.

The band haven’t been seeing playing together since last year’s shows marking the 100th anniversary of the Armenian genocide. But last month, bassist Shavo Odadjian posted a picture on Instagram showing drummer John Dolmayan behind his kit.

Last week, System Of A Down announced a run of live 2017 European festival dates – and they’ve added several more appearances to their summer itinerary. All dates can be seen below, with the newly announced shows highlighted in bold.

System Of A Down’s last studio album was 2005’s Hypnotize, while mainman Serj Tankian has recently worked on the soundtrack to independent film The Last Inhabitant and released the soundtrack for 1915.