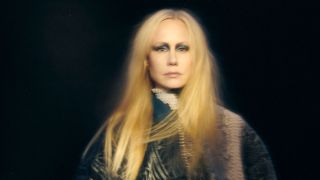 Norwegian art rocker Susanna has premiered the stream for her new single Buriual with Prog. The single as taken from her upcoming new album Baudelaire & Piano which will be released through her SusannaSonata label on September 11. You can listen to Burial in full below.

“Burial was one of the first poems I re-worked for this project - I am deeply fascinated by the thrilling images Baudelaire is able to provide with such few words. A haunting short story.” Susanna says.

As the title implies, the new album is inspired by the French poet Charles Baudelaire in a similar manner to Susanna's previous album, 2019's Garden Of Earthly Delights (with her group the Brotherhood of Our Lady) featured musical interpretations of the surreal medieval paintings of Hieronymous Bosch.

"I wanted to approach this material in an almost dogmaCc way," she says, "to present the songs in a naked, stripped-down form, alone at the piano. These poems have so many layers and contain such rich expanding emotions to me."

Recorded at Atlantis Studio in Stockholm the record was made in isolation, stripped back to just Susanna's voice and piano playing. A first single, The Dancing Snake, was streamed last month.